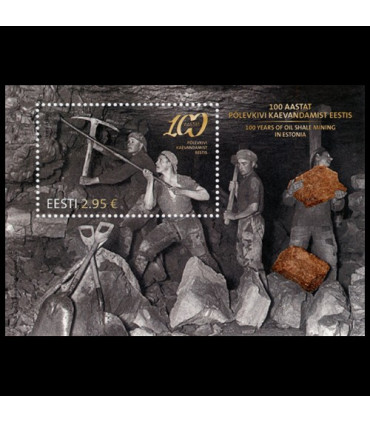 Industrial mining of oil shale began on 15 June 1916 on the Estonian territory. Two years later the Republic of Estonia took its mining under its administration. As a result oil shale mining has been of state importance for already a whole century. The long history points out that oil shale industry has been in changing circumstances for a whole century. Today we process the countries’ most important mineral resource into energy effectively and in an environment friendly way than ever before and the long term experience of has given to the Estonians the knowledge which has been appreciated in oil shale countries all over the world. In the oil shale industry whole dynasties of Estonians have been working in the oil shale industry and even now there are oil shale miners who have kept the trade for several generations.