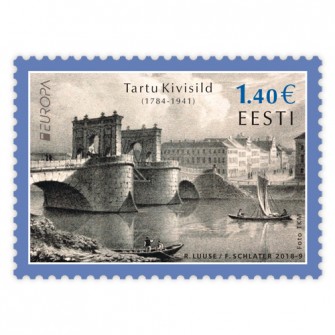 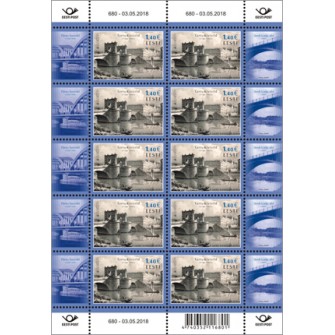 The Tartu Stone Bridge was a three-arched bridge located at the current spot of the Arched Bridge in 1784–1941. The bridge is a well-known symbol of the university town and a great example of classicist stone architecture of the 18th century. Construction on the Stone Bridge over the Emajõgi in Tartu began in 1776, after the big fire of 1775. The bridge was build according to the project of J. Carl Siegfrieden and under directions from construction engineer Johann Zaklowsky. The middle section of the bridge was made of wood and good be hoisted up in order to enable boat traffic on the river. The width of the carriageway on the Stone Bridge, which had two sets fo gates, was 5.6 metres and the sidewalks on either side of the road were 1.4 m wide. Along with the town hall, the Stone Bridge made up one of the most stunning Estonian architectural ensembles, which remained intact for 157 years. The eastern part of the bridge was destroyed on 9 July, 1941, by retreating Soviet forces; the western end of the bridge was destroyed by retreating German troops in 1944. The Arched Bridge, which is meant for pedestrians, was built on the spot of the former Stone Bridge and the foundation of its river bank pillars in 1957–1959. The architect of the bridge was Peeter Varep. The Arched Bridge is an reinforced concrete bridge with a single arch. The bridge has two sidewalks, both are 2.25 m wide. The arch of the bridge is 57.4 metres long, about 1 metre wide and 8 metre high. 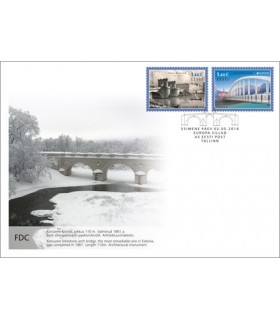 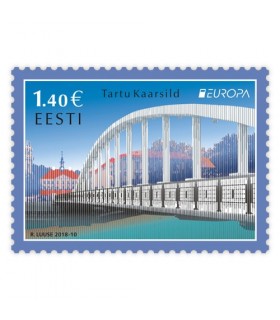