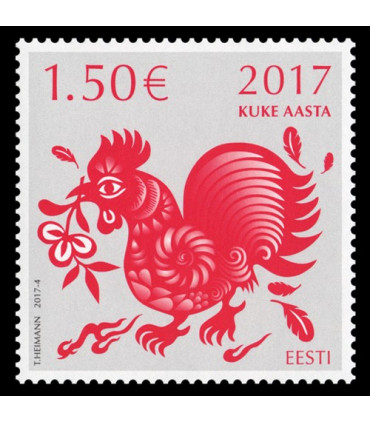 Starting from 2011 a series of postage stamps is issued. This year's stamp is the seventh of the series and is dedicated to the Year of the Rooster which begins on January 28. Chinese astrology has twelve animal figures and the rooster is the tenth in the series. According to a legend the animal names go back to the age of the Buddha who named the years according to all the twelve animals who all came to come to give farewell to him, and the rooster was the only bird among them. In chinese culture the rooster represents trust and accuracy because it wakes up people in time.