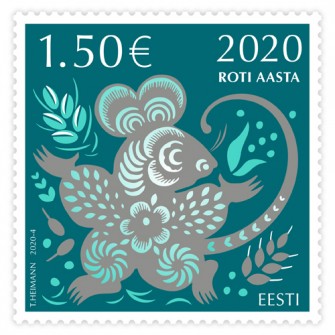 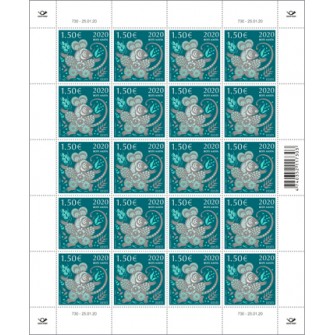 2011 marked the debut of a series of postage stamps commemorating Chinese New Year. This is the 10th stamp in the series and is dedicated to the Year of the Rat due to start on 25 January. There are 12 animal signs in the Chinese zodiac and the rat is the first of them. According to one legend, the Jade Emperor organized a race between the 12 animals. The ox was the leader as they approached the finish line but the clever rat jumped off the ox’s back just before and won. In Chinese culture, the rat symbolizes intelligence, wealth and vitality. 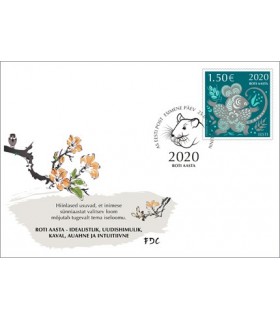 Chinese New Year – the Year of the Rat - FDC