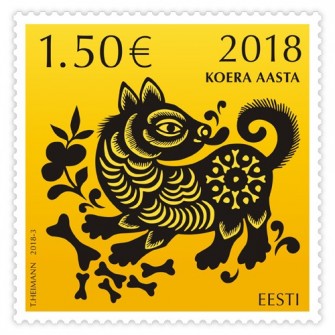 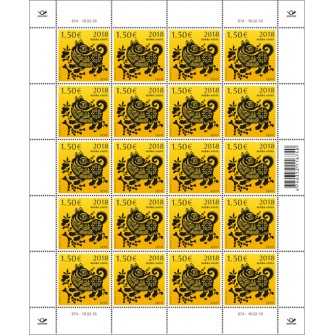 As of 2011, we have issued a series of postal stamps in honour of the Chinese New Year every year. This series is the eighth of this kind and is dedicated to the year of the dog, which starts on 16 February. There are twelve animal characters in Chinese astrology and the dog is the eleventh among them. According to one legend, this tradition of calling years after animals dates back to the time of Buddha, who named the years by the names of the twelve animals who came to say goodbye to him.  In Chinese culture, the dog symbolises courage, loyalty and honesty.