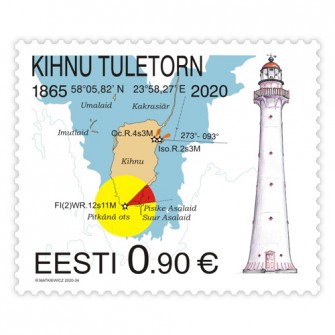 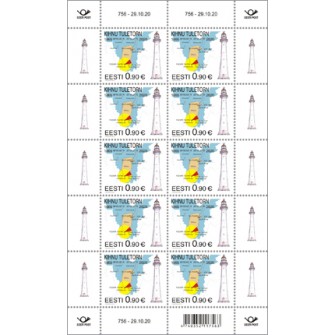 Kihnu lighthouse is located on the Pitkänä Cape at the southern tip of Kihnu island. The lighthouse assembled from cast iron details ordered from the Porter & Co factory in England in 1863 was quite innovative for its time in terms of construction and material. The 28-metre white conical cast iron lighthouse with a green lantern room and cupola roof was finished in 1864 and started working for the following year's navigation season. The Kihnu lighthouse was characterised by a "light illuminating for 18 seconds every half a minute (period 48 seconds) with a sight distance reaching 11 miles across the horizon".

In 2018, the Estonian Maritime Administration completely renovated the lighthouse. The lantern room was brought to the ground for repair works and a new cupola roof was built. New powerful and energy efficient LED sector lights were installed in the lighthouse. This evened the sight distance of the lighthouse across all sectors.

The Kihnu lighthouse has preserved its original look, only the lighting systems have been modernised. The petrol room, cellar, wellhouse and stable from the 19th century and the living quarters, generator building and sauna from the second half of the 20th century are still there. 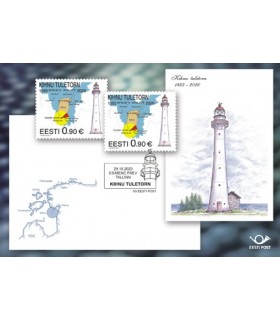 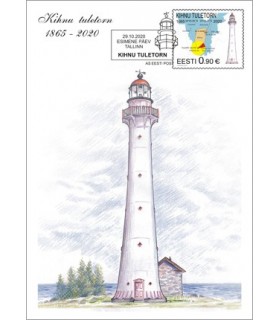 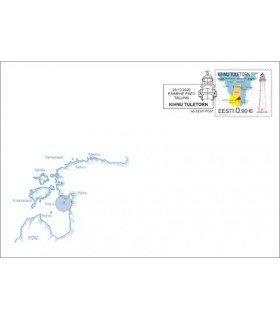