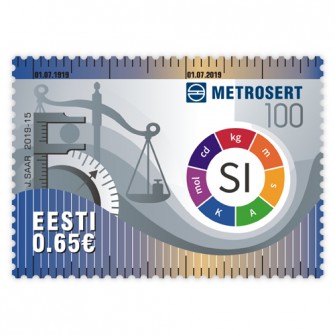 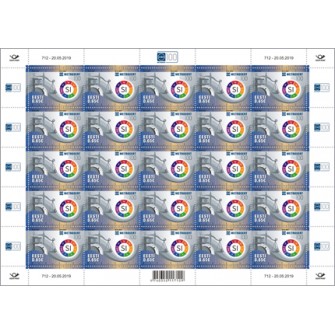 The ‘Metrosert 100’ stamp being issued on World Metrology Day on 20 May 2019 is dedicated to the centenary of Estonia’s Central Office of Metrology and to the redefined SI base units coming into force on the same date.

Established on 1 July 1919 as the Chamber of Weights and Measures, today’s AS Metrosert functions as the central agency of Estonian metrology. It is a state agency whose services include the calibration and verification of measuring instruments, the certification of specialist measurement work and management systems and products, the management and development of national measurement standards, the organisation of training courses, recognised laboratory testing of precious metals and representing Estonia in international cooperation in the field of metrology.

On the basis of the new definitions of SI base units that come into effect on 20 May 2019, the kilogramme, kelvin, ampere and mole will henceforth be defined according to fundamental physical constants in the same was as the second and metre – representing the biggest change in such measurements since the introduction of the International System of Units or SI in 1875. 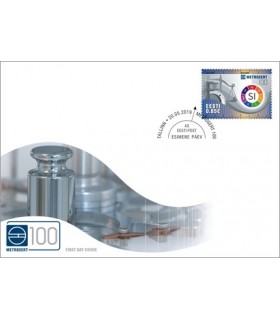