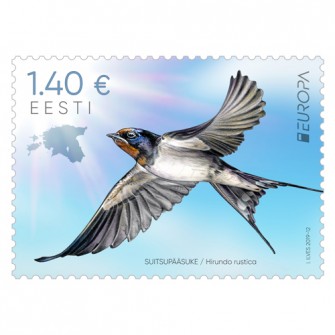 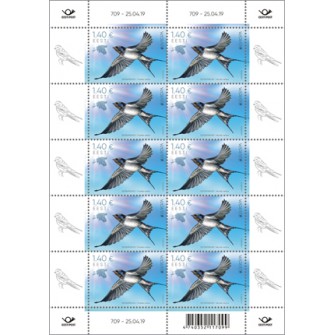 The barn swallow (Hirundo rustica) is a passerine with blackish blue upperparts, off-white underparts, rufous forehead, chin and throat and a deeply forked tail, of which 100,000 to 200,000 pairs live in Estonia. It mainly nests in man-made structures, such as stables, attics and under the eaves of buildings, where it builds a nest of mud, clay, stalks and saliva. The Estonian Ornithological Society picked the barn swallow for bird of the year 2011. On the one hand, the Society wanted to mark its round 90th anniversary with the image of the bird in its logo. On the other hand the rapidly changing world and living environment makes us feel concern about the welfare of our national bird. The population of the barn swallow is falling due to the contraction of suitable nesting places and major changes in European agriculture. The long-distance traveller is also influenced by lack of food during the migration, the widening Sahara Desert, climate change and human activity in their wintering area in South Africa. In the barn swallow year information will be given about the life and ecological importance of the species and about how everyone can best contribute to the nesting of the national bird in Estonia. 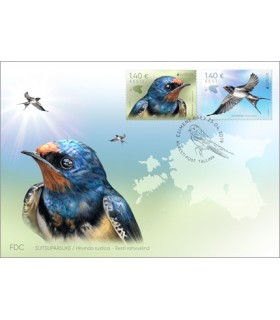