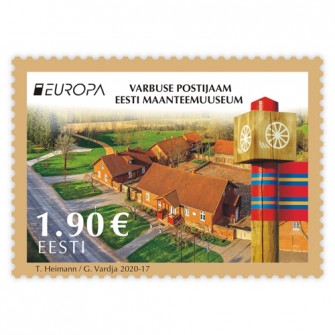 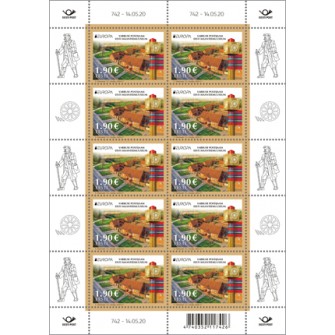 EUROPA – Ancient postal route stamps depict two historic stops on the old Tartu–Võru road. One stamp has a modern photo of the Varbuse postal station built on the side of this road in 1863, where the Estonian Road Museum has been located since 2001. The other stamp depicts the Tille tavern from the early 20th century. This building was destroyed during the same period, thus modern travellers will not get to see it. On the selvage of the stamp sheet one can find an image of the traveller sculpture created by Mati Karmin, located at the Ihamaru crossroads. The FDC design uses the Tartu–Vastseliina road map sheet from the Tartu County road atlas published in 1695, which is preserved in the National Archives. 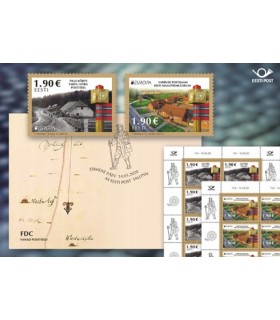 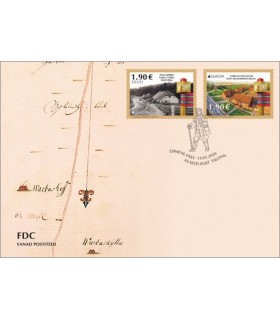 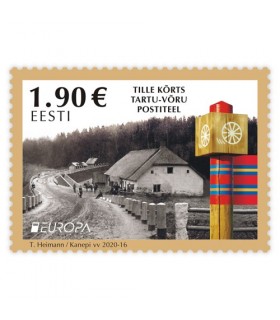