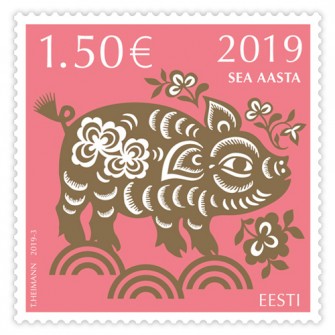 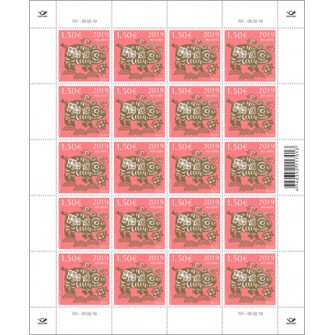 In 2011, we launched the first of a series of postage stamps dedicated to the Chinese New Year. This is the ninth stamp of the series and it is dedicated to the Year of the Pig, which begins on 5 February. There are twelve animal signs in Chinese astrology and the pig is the last of them. According to one legend, the mysterious Jade Emperor organised a race between 12 animals from one end of the celestial sea to another. The pig came last because he stopped for a meal and a quick nap and only finished the race after that. This is why pigs are sometimes considered lazy. In the Chinese culture, the pig symbolizes happiness, prosperity, and love for peace. 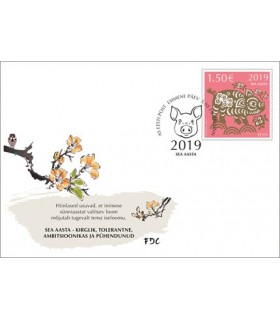