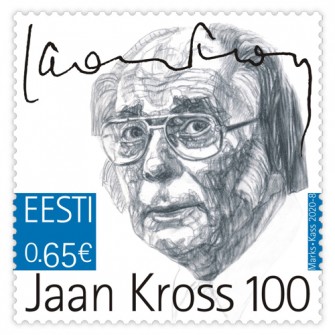 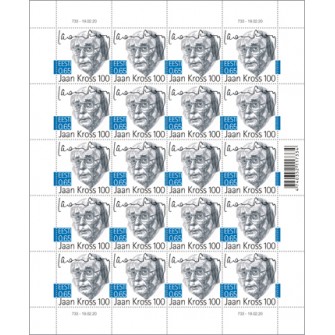 With the release of the stamp of Jaan Kross (1920-2007), we are celebrating 100 years since the birth of an important figure in Estonian literature. The free verse poetry of Jaan Kross embodies the poetry revival of the 1960s and the coming of a powerful poetic wave in Estonian literature. His masterful and erudite historical novels such as Kolme katku vahel (Between Three Plagues), Keisri hull (The Czar’s Madmen) and Paigallend (Treading Air) expand the history of Estonia and Estonians, value our national image and carry the message of freedom and humanity. The works of Kross are best characterized by his artistic and dramatic portrayal of language, which is used to convey great ethical conflicts, political messages and idealistic dreams to the reader. Jaan Kross has been nominated for the Nobel Prize in Literature. He is one of the most well-known and translated Estonian writers abroad. 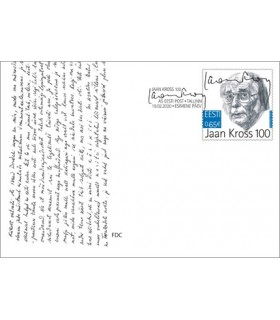