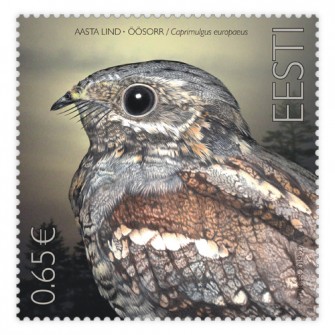 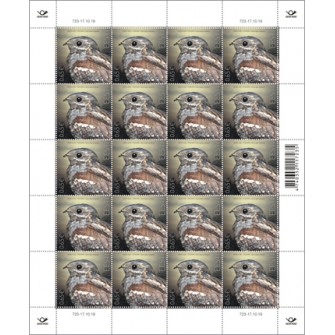 Bird of the year – the European nightjar

The European nightjar is the size of a blackbird, with brown, grey and black patterned plumage and long wings and long tail. It is infrequently sighted in nature. It nests in sparser heath and bog pine forests, other dry mixed forests where pine makes up the predominant species, and sometimes in clearcuts and young stands of trees. It avoids human settlements, however. By day, the bird, which has ideal natural camouflage, rests on the ground or perches imperceptibly on a tree branch. When night falls, it flies soundlessly, using its ability to open its mouth wide to catch insects – specifically, moths and beetles.

It does not build nests but lays up to two egg in early June in a hollow on the ground, sometimes right on forest paths. The young hatch in early July and leave the nest early. There may be two broods over a summer. The nightjar is a migratory bird, and can be seen from late April to early September. Estonia has up to 10,000 pairs. Because of its stealthy, secretive habits, there are more than 100 popular names for the nightjar in Estonian. 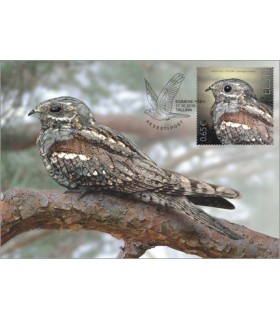 Bird of the year – the European nightjar 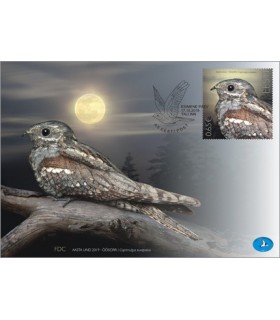 Bird of the year – the European nightjar - FDC