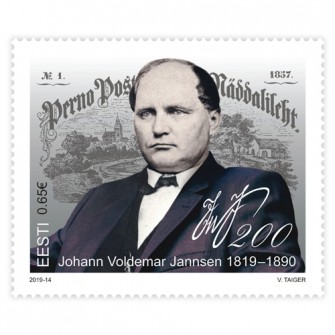 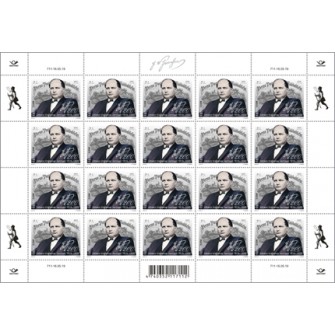 Johann Voldemar Jannsen (birth name Jaan Jensen; born 16 May 1819 in Vana-Vändra Rural Municipality – died 13 July 1890 in Tartu) was an Estonian journalist, schoolmaster and one of the leaders of the national awakening movement.

Jannsen was born into a miller and tavern-keeper's family in Vändra, Pärnu County. He studied at a municipal school for two years and then attended Vändra Parish school, which he graduated in 1836. He worked as a coachman, and from 1838 as a sexton, cantor and schoolmaster. In 1842, he was officially confirmed as the local sexton and schoolteacher.

In 1850, he moved to Pärnu, where he served until 1863 as the director of Pärnu Ülejõe Primary School (municipal school) and as a sideline to his teaching work, in 1857 started publishing the first Estonian language weekly, Perno Postimees. In 1863, he settled in Tartu and started publishing the new Eesti Postimees newspaper, the content of which was similar to that of Perno Postimees. In 1865, he founded the vocal and theatrical society Vanemuine in Tartu, where the first Estonian language plays were performed. In 1869, he organized the first national song festival, and in 1870 he established the Estonian Farmers Society of Tartu, serving as its first president. He fell ill in 1880 and retreated from public view.

Jannsen’s literary activity started in 1845 with translating and publishing liturgical songs under the title Sioni-Laulo-Kannel, and in 1860 he published a collection of secular songs entitled Eesti laulik (Estonian Songbook). The lyrics to the Estonian national anthem are by Jannsen. He was also a popular writer of prose works. 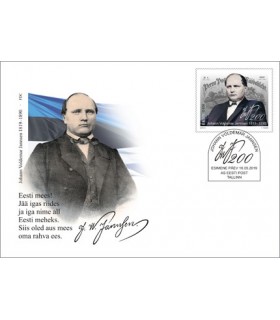