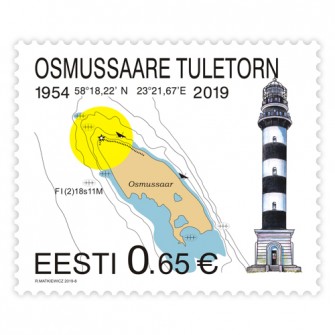 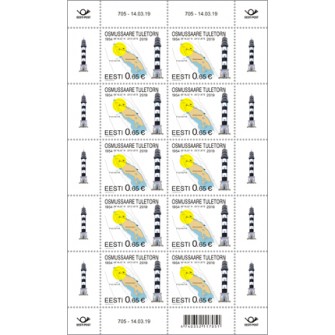 Osmussaar lighthouse stands on the edge of the Baltic klint on the north-west tip of the island of the same name, which sits quite a distance from the coast on an important shipping lane in the Gulf of Finland. As such, it is an important marker for navigation. A stone light tower was constructed on Osmussaar in 1765, while the first stone lighthouse proper was built in 1850 but destroyed in World War II. In 1954 the temporary wooden tower erected after the war was replaced with a new cylindrical lighthouse made from reinforced concrete. Standing 35.4 metres high, the black-and-white-striped structure features a spiral staircase with 170 steps. It is a traditional lighthouse with an observation and lantern room and a balcony. For the first time in the Soviet Union, climbing formwork was utilised when pouring the concrete – a method later employed in lighthouse construction throughout the USSR. The lighthouse was fully renovated in 1998, with its lantern room being replaced.

Osmussaar lighthouse turns 65 this year, but 2020 will mark 255 years since the first marker was erected on the island. 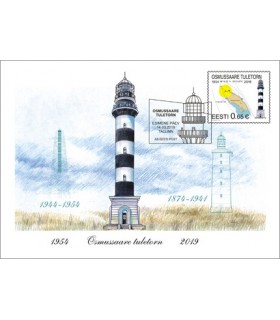 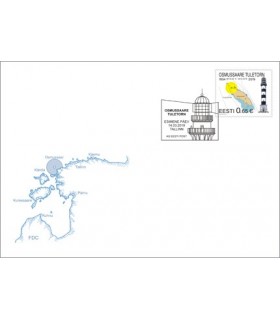