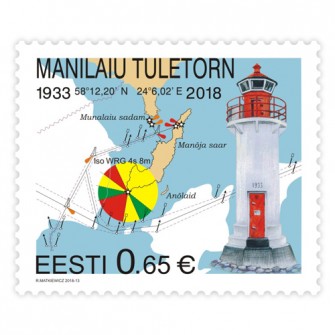 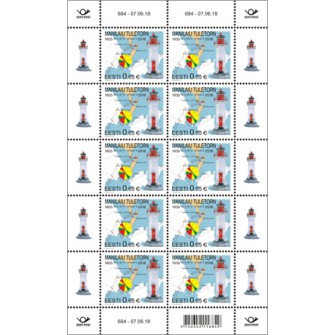 The Manilaid lighthouse is situated in the Kihnu Strait on the south-western coast of the Manilaid island on Cape Papina and helps to make local shipping safer in the low waters of the strait. The reinforced concrete lighthouse, which was built in 1933, is 8 metres high and it was designed by the well-known architect of navigation marks Armas Luige. An automatic acetyl lantern was initially installed in the iron lantern locker, the lighthouse was powered by the electricity grid in the beginning of the 1990s, however, automatic solar-powered machinery was installed later on. In the 1990s, the classification of the lighthouse was changed to a beacon, although the change in the term did not decrease the importance of the seamark. In 2015, the beacon was moved about 20 metres from its previous location during renovation works, as the waving sea would have caused it to deteriorate, if left in its original location. This was the first time that the Maritime Administration did not build a new navigation mark at the original location, but relocated the existing one. 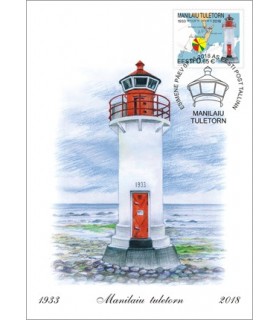 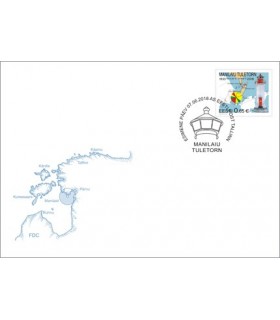