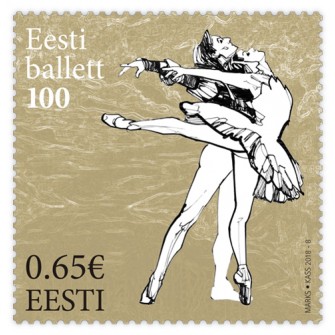 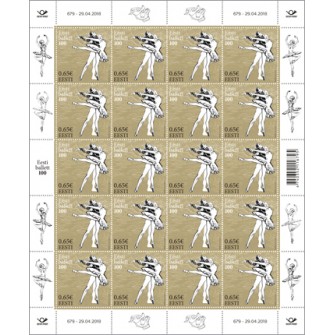 On April 29, 2018 Estonian Ballet celebrates it's 100th anniversary in the Estonian National Opera with the International Dance Day Gala – „Estonian Ballet 100". For jubilee theatre publicized the anniversary book „Estonian Ballet 100" (222 pg) – expanded upon the centenary of our ballet history. In theatre the first permanent ballet group was settled in 1918, since then Estonian artistic ballet was founded – where Sessy Smironina-Sevun was the first troupe leader. From that on, independent short ballet evenings were held and in 1922 Delibes' „Coppélia" was premiered the first known full ballet. War time was survived, but after hard times there were also positive progressions in the ballet. Since 2009, Estonian National Ballet has been led by Thomas Edur. On stamp it's depicted the classical ballet masterpiece by P. Tchaikovsky's „Swan Lake" pas de deux by Odette and Prince Siegfried – it symbolizes the pursue of perfection in the ballet dance and it is also the jubilee dedication to the dancers, choreographers and pedagogues for their contribution of the Estonian ballet. 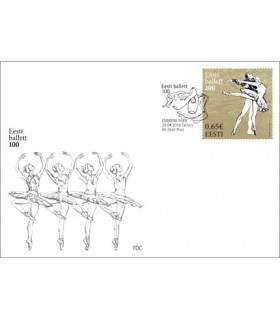