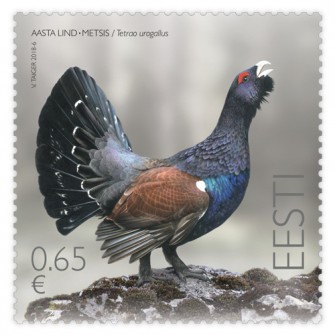 Bird of the year — capercaillie

The capercaillie is a native species and one of the natural symbols of Estonia. It is one of the first bird species to arrive here after the last ice age, and has stayed here as least as long as man has. Female and male capercaillie differ both in size and colour. The male bird has black feathering and a fan-shaped tail, the female has undistinguished brown-coloured feathering. The capercaillie does not form mating couples. Their behaviour is characterised by bridal feasts lasting from end of winter to mid-spring and this is one of the most interesting shows to witness in the nature of Estonia. At the beginning of May, the female birds go a few kilometres away from the feast grounds to lay eggs. The bridal feast grounds are usually located in pine groves over 100 years of age. 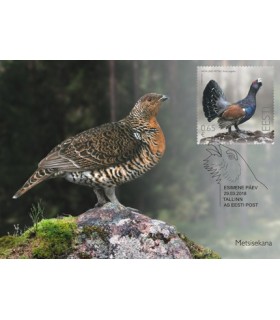 Bird of the year — capercaillie 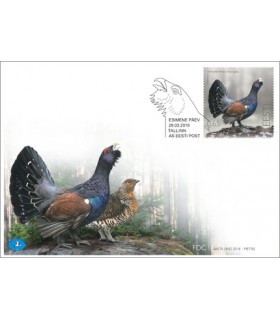 Bird of the year — capercaillie - FDC