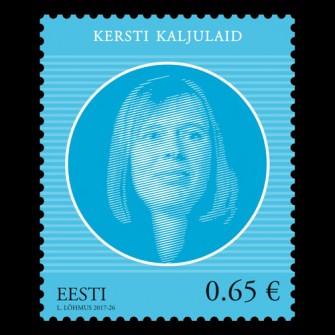 Heads of state of the Republic of Estonia – Kersti Kaljulaid

President of the Republic of Estonia

From 1994 to 1999, she worked in various Estonian companies: first, as the sales manager of telephone switchboards in Eesti Telefon, later in Hoiupank Markets and Hansapank Markets and as an Associate in investment banking.

From 2002 to 2004, Kersti Kaljulaid was the CFO and CEO of the Iru Power Plant of state-owned energy company Eesti Energia.

In addition, Kersti Kaljulaid was a member of the Supervisory Board of the Estonian Genome Center from its foundation until 2002. She was also a member of the Advisory Board of the University of Tartu from 2009 to 2011 and the Council Chair of the University of Tartu since 2012. Kersti Kaljulaid has been a co-author of the social-political radio talk show Keskpäevatund (Midday Hour) in radio station Kuku from 2002 to 2004 and the editor of the Eurominutid (Euro-minutes) radio show from 2007 to 2016 in the same station. 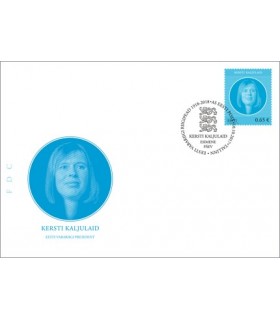 Heads of state of the Republic of Estonia – Kersti Kaljulaid - FDC